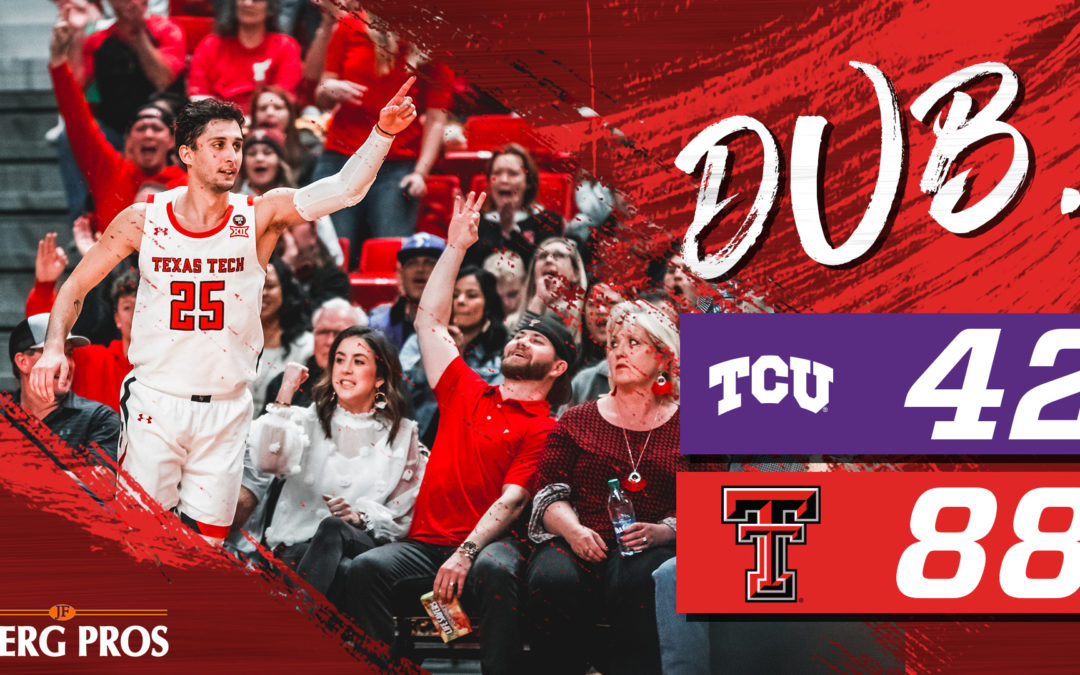 The best Texas Tech of the season is the one that imposes itself with authority on TCU, consolidating third place alone in the Big 12. Thanks to a great performance, the Red Raiders dominate the opponents from the beginning to the end of the game, without ever mentioning drop, and they also write a piece of history, winning the game with the largest score of Big 12 points in the history of Texas Tech. In this beautiful choral victory, Davide Moretti on the shields with a great offensive performance that, especially in the first half, allowed Texas Tech to find a consistent advantage. Now the Red Raiders are three in a row with a different head and awareness than at the beginning of the season.

To start the dance in the match against TCU is the triple by Davide Moretti which starts the first break of Texas Tech, 11-2 after 3’ of play. TCU tries to respond after a great start from the Red Raiders, but the boys of coach Beard don’t want to know about stopping and continue to hammer opponents with baskets and, thanks to an unprecedented ballistic performance this season and also to the usual constancy defensive, Texas Tech breaks through the wall of twenty points of advantage already in the first half and touches the +27 at 4’ from the end of the period, 40-13. TCU tries to react timidly by scoring 7 consecutive points and trying to have some continuity, but to close the first half are three Holyfield points that allow the Red Raiders to go to rest on +25. After 20 minutes of play, the score is 40-25, with a great test by Davide Moretti, top scorer of the match halfway through the game with 13 points scored.

Upon returning to the field, TCU tries at least to assert the honor by trying to reduce the disadvantage, but the performance of Texas Tech does not admit drops in tension and the boys of coach Beard continue relentlessly and consistently to find the way to the basket, reaching in the second half the +35 with a jumper by Davide Moretti, 63-28. The game is now without history with the Red Raiders who continue to score in an avalanche from all over the field and with all their protagonists, in a great choral performance and, finally, excellent from the point of view of the offensive percentages. The maximum advantage touched by Texas Tech will be +46 to 1’ from the end on 86-40, an advantage that will remain so for the final siren. The game ends with the score 88-42 in favor of the Red Raiders.

For Davide Moretti a performance as a true offensive leader, an authentic guide in the first half that allowed Texas Tech to dig the decisive groove for the final victory: 17 points (6/9 from the field, 4/6 from three, 1/3 to free), 1 rebound and 1 assist in 24 minutes.