BIG 12 – TEXAS TECH FROM HELL TO PARADISE: IT’S A WIN AGAINST TEXAS 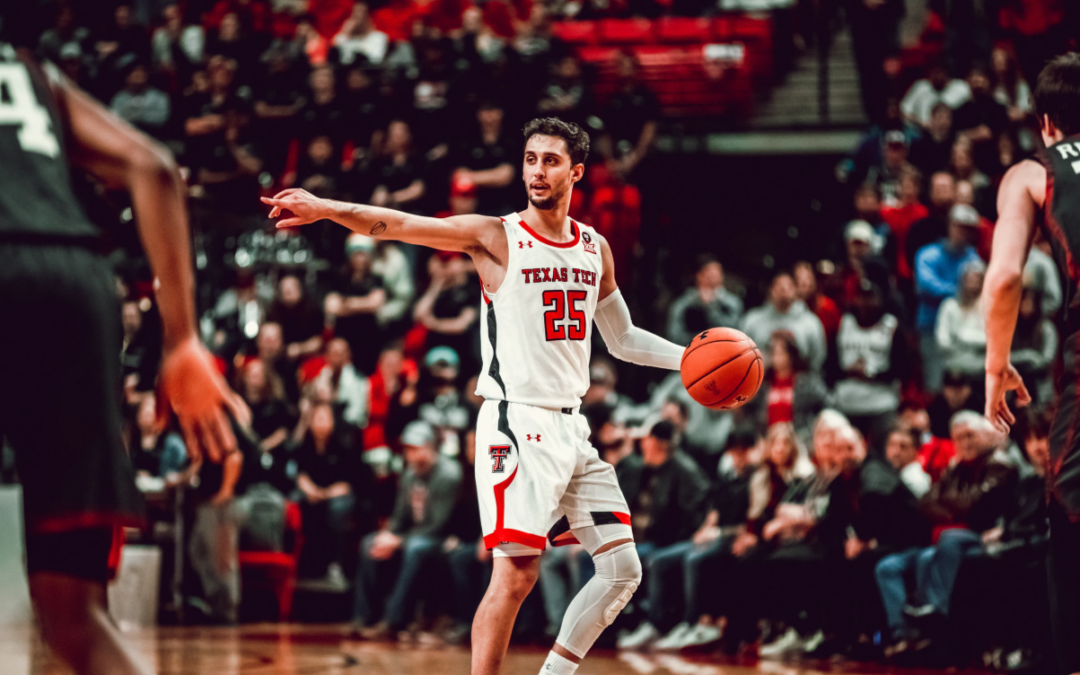 Double-sided game for Texas Tech that, after a bad first half, changes face in the second part of the match and wins the away match against Texas. After a first period characterized, perhaps, by one of the worst performances of the season, with great difficulties both offensive (10 lost balls) and defensive, a second half of a completely different register (43 points scored), in which the Red Raiders have the patience to mend the disadvantage throughout the period and finally to move forward and win the final minutes. A very important away victory for the coach Beard boys who this year, far from their walls, often found themselves in difficulty.

The game starts slowly and in the first minutes of the game the two teams, complicit in several shooting errors on both sides, struggle to move the scoreboard, 8-8 after 8′. Texas, however, after the initial impasse, scored an important part of 14-0 to which Texas Tech is struggling to respond due to offensive problems, 8-22 after 13′ of play. The Red Raiders, led in particular by Terrence Shannon, try to mend the disadvantage, but Ramey’s basket at the end of the period allows Texas to close the first period with a double-digit advantage. After 20 minutes of play, the score is 19-31 in favor of Texas.

Back on the field, Texas Tech knows that if he wants to win, he must change his face and he does it immediately, starting to gnaw the opponent’s advantage point by point, with Davide Moretti who with his triple marks the -7 of the Reds Raiders, 30-37 at 16’ from the end. It is certainly another Texas Tech, however Texas does not give up trying to respond blow by blow, but the Red Raiders score another break and with Edwards they manage to impact the match, 41-41 at 13’ from the end. The two teams now face each other openly, responding basket after basket and keeping the match in balance, but always with Texas ahead, 47-48 at 7’ from the end. At 6’ from the end, however, Texas Tech’s overtaking finally arrives and manages to put his head forward again, after the advantages of the first minutes of the game. The distance between the teams is minimal, with the final minutes characterized by overtaking and counter-passing, in which, however, at 1.42” from the end, Texas Tech is above for 58-57. In the final minutes the Red Raiders show their number one trademark, that is the defense, and make life in Texas difficult, trying in vain to go forward again but is stopped 3 times in a row by the Holyfield’s stalks . To close the match are 4 consecutive free throws by Davide Moretti, freezing cold from the line, which puts an end to Texas’s hopes and gives the victory to his Texas Tech. The game ends with a score of 62-57 in favor of Texas Tech.

For Davide Moretti a game not exciting from the realization point of view, but very intense from the defensive one, with the hand of the # 25 who does not tremble when he has to score the decisive free finals. Closes with 7 points and 6 rebounds in 37 minutes.