DANILOVIC: IN LIFE AND BASKET, IT CONTAINS SIMPLICITY, BUT TO REACH IT IS COMPLICATED. 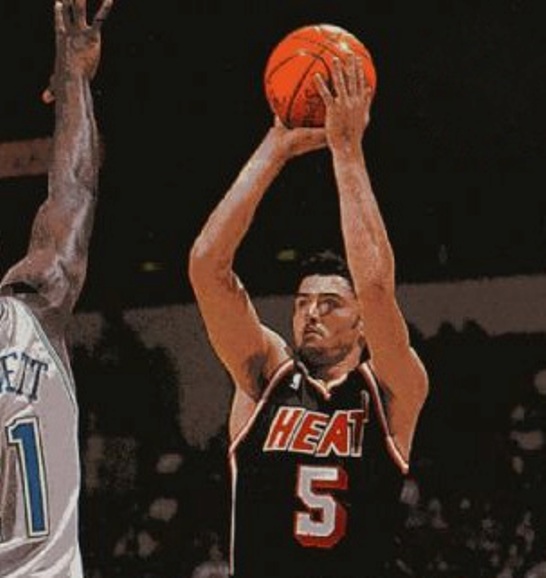 On the occasion of Davide Moretti’s second season in NCAA, the “Give & Go” section becomes international.
In fact, after the first season during which the site www.davidemoretti.it could count on many important contributions (Valerio Bianchini, Gianluca Basile, Antonello Riva, Mario Boni, Franco Marcelletti, Angelo Costa, Giorgio Pomponi), this year space for international basketball men.
On the occasion of the first episode 2018/2019, the site has the honor of hosting Predrag “Sasha” Danilovic, unforgettable champion of basketball today at the helm of the Basketball Federation of Serbia, who also played in the NBA and that in Virtus Bologna was a teammate of Davide’s father, Paolo Moretti.

We interviewed him by telephone, thanks to the journalist Luca Maggitti.

Sasha Danilovic, a great champion who has been able to pass from the field to the management …
«I’m President of the Serbia Basketball Federation – in December it will be 2 years – after my 15 years as a manager at Partizan Belgrade. Compared to the role I had in the club, this has a greater responsibility when dealing with the entire basketball movement: masculine, feminine, youthful. However, I must say that in some ways it is easier, because I have a staff composed of very good collaborators, whom I have known for 20 years and who do an excellent job, facilitating my task».

What did he try to be the president of the club that made him grow and then launched him to the top in the basketball world, Partizan Belgrade?
«Partizan was the reason why I came from Sarajevo. It’s part of my family. It’s a very intimate thing I would say, and it will always be like that even if I’m no longer in the club’s leadership. The emotion will always be that».

Even higher than the years in the NBA?
«Sure! The NBA is a perfect world, only I never liked American life. If I had gone to 22 years maybe I would have stayed there, but no. Instead Italy is my second country and Bologna is my second city».

So for quality of life she preferred Italy to America. And what about basketball?
«Well, it was much easier for me to play in the NBA than in Europe. I’ll explain. In NBA there are precise rules and you have your job to do. I was the shooting guard and I did not suffer doubles like in Europe, where maybe even three players mark you. In short: for me it was easier. And then I was lucky enough to play with old school athletes, people I had pictured in the posters I kept hanging in my room. However, to conclude the reasoning, Italy remains the best period of my life: both in terms of basketball and everything else».

What are the difficulties faced by a player who accepts the challenge in a different world, compared to his own life and play habits? I ask this also thinking of Davide Moretti, who has chosen to compete with NCAA basketball …
«We must not compare. I am against comparing things. When you face a new challenge, you know that the difficulties will always be there, but you must not give up».

And what is the secret to not giving up?
«Very simple: train well. I’m serious. Things must not be complicated. For example, when I arrived in Italy I had a longing for Belgrade. And how did I drive her away? Training me very well».

Said so it seems simple …
«Getting to simplicity is very complicated».

Phrase to print and frame in all gyms …
«But it is so. When I watched Maradona or Van Basten play football, I thought: hell, but I could do it too! But no, it was very complicated … only that they, with the class they had, made it seem very simple. So I repeat: to reach simplicity, the road is very complicated, but we must strive for simplicity, in life as in basketball. Because however complicated things are, in the end there is always a true answer made of a yes or a no».

Danilovic and the future?
«I do not make plans, I’ve never done them like I do not do long-term programs. I’m very happy with what I’m doing. My mandate is four years, then we will see».

We close with a tip from her to Davide Moretti, son of art of his friend and former teammate Paolo …
«To Davide I say that he must train well, do not do the phenomenon and above all listen to his father’s advice. Believe me, it’s all here. Let’s go back to the concept of simplicity: the rest does not count for anything. Train well, have a lot of courage and remember – when he meets players much bigger than him – that the ball is still round and you have to throw it inside».