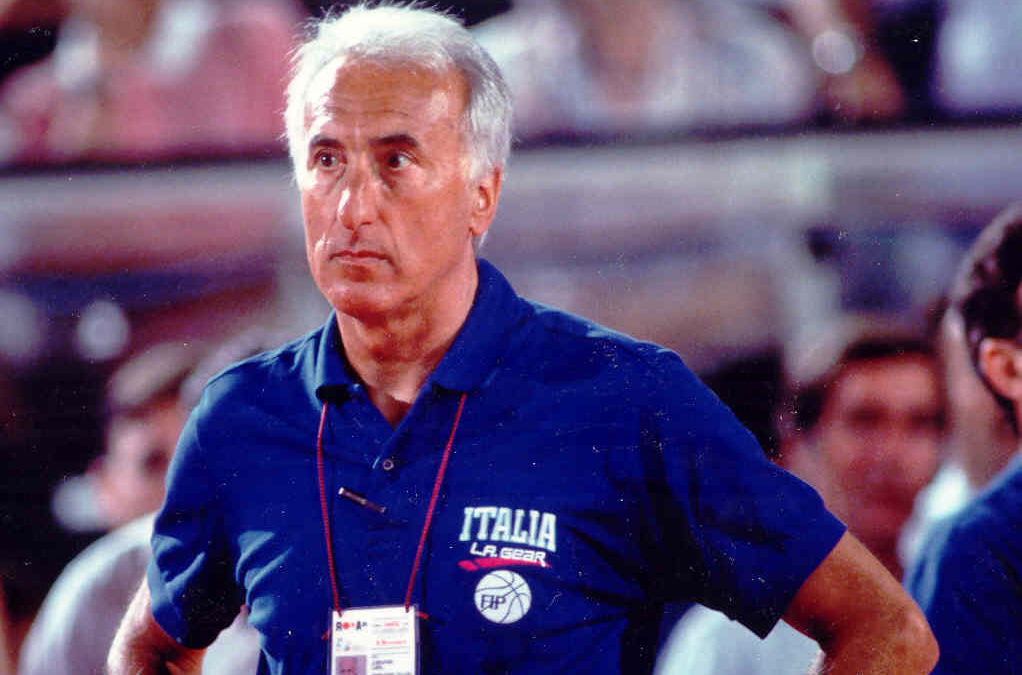 You say Sandro Gamba and you struggle to find an adjective that contains it all. He was a winning player: ten league titles in Milan, as well as two Olympics with the national team where he earned his captain’s ranks. He was a winning coach: five Italian titles, a couple of Champions cups and as many cups of the Cups on the benches in Milan (as vice), Varese, Turin and Virtus Bologna. He was a winner as a blue coach: a European title, Olympic silver, plus a continental silver and bronze. He was a winning character: it is no coincidence that the Americans entered him in the Hall of Fame, after his teacher Cesare Rubini and before Dino Meneghin. Today, at 87, he is an attentive observer of all basketball, Italian and beyond, who he judges with the same rigor as when he was on the field.

Gamba, you are among the few who have been champions on the field and on the bench: is there a quality that has been the leitmotif of a successful career lasting over forty years?

‘An iron will: when I make a decision, it is difficult to make it change.’

How would you define your career?

“An enormous satisfaction: in basketball I managed to do things unthinkable for someone to whom they would have to amputate a hand.”

‘History is known. For me, the day of Liberation is also the one in which I was wounded. On April 25, 1945, I was playing football near home, in via Washington in Milan, when a gunfight started (between fascists and partisans, ed) and I was hit in the hand. For doctors it was necessary to amputate. It was a captain of the American army, Elliott Van Zandt, who would later become our national team coach, to help me: he taught me some exercises, such as slapping a ball and dribbling all day, which allowed me to recover the lost sensitivity. From there I chose basketball, which also gave me a job, because in addition to playing I was the representative for Simmenthal. And to say that I wanted to be a cyclist (he was born on 3 June, world bike day, editor’s note): I won the first race at the age of 14 “.

Good staff for basketball: you was first a great player and then a great Coach:

‘I owe everything to Cesare Rubini. At 18 he took me to the first team: the rest, to follow. Then he asked me to be his deputy when I was 33 years old: I thought about it one night before accepting. Even though I understood earlier that I was destined for the bench: when I spoke, my teammates paid attention to me. Natural leadership, perhaps because I had some Scudetto and a pair of Olympics on my shoulders … “

From there came the benches of Varese, Turin, Bologna, in addition to that of the National team.

‘A pride to have led the blue team: I never expected to arrive on that bench.’

‘I speak of my first Borletti, that of 1951. Sergio Stefanini, prodigious athlete, among the best in Italy on the 400 meters, although not perfect in basketball fundamentals. Then Romanutti and Pagani. Riminucci would later arrive, formidable in character and competitive spirit “.

‘There are many. Among the best, Alesini and Calebotta of Virtus. Abroad, Borras and Galindez, two Puerto Rican natives who played for Real Madrid ‘.

Your ideal quintet among trained players?

Another memory game: the podium of your successes?

‘At the top, the tricolor play-off Milano-Virtus Bologna, on Easter Sunday 1951. I was in my first year, Rubini suddenly calls me and says to me: go on the pitch and do something. I made about ten points and some numbers, as well as a good defense, where I was better than attacking. I was voted the best player of the game. It was also the first time that my father entered the locker room: to congratulate him, he gave me a kiss. ‘

On the other two steps of the personal podium?

‘The first Champions Cup with Varese and the European gold of Nantes with the National team’.

Gamba, in the seventies a generation of coaches entered history: you, Sales, Taurisano, Guerrieri, Primo, Pentassuglia marked an era. How do you explain it?

‘The school was good. In Italy flowers of American technicians came to teach. In addition, we were all passionate about reading the technical innovations: I sent the texts directly from America. This wave began already in the sixties, when everyone began to introduce new methods, new systems: before, one played in one way, imitating Tracuzzi, in his own way, a revolutionary, because like painters, something was always invented. As well as Nikolic, who came to work in Italy, and before that Van Zandt and Jim McGregor, he also coach of the National team. It was a technical turning point, even if the secret was to have good players: without them, you won’t change anything. ‘

Many successes and an award that rewards a life in basketball: entry into the Hall of Fame.

‘The greatest satisfaction of my career. For some time people were talking about me: I didn’t really hope so much, also because there were big names at stake and the candidates were limited. Then in 2006, in the middle of the night, they called me from the United States. ‘Coach, you have been entered into the Hall of Fame’, a voice tells me. Sometimes I pass out. “Can you repeat?”, I ask. It had only happened to Rubini, whom I wanted to remember in my Springfield speech in addition to my wife Stella, it would then have happened to Meneghin: it was the last great joy that basketball gave me “.

If you were to make a report on Italian basketball in the third millennium, what have you enjoyed most in the last twenty years?

‘The organization. The fields have improved, federation and league have however given a greater order “.

‘At a technical level, there is no group of coaches capable of renewing themselves. There are no longer any coaches who can’t wait to finish the championship to fly to the States to follow the clinics, which remain very useful for training: the push we had a few years ago stopped a little. “

Where is this basketball lacking?

‘In the teaching. Basketball is one of the most difficult sports to teach: seeing the games, there are coaches who leave me with some doubts. ‘

What do you mean?

‘The generations we spoke of earlier were made up of technicians who knew how to teach: they were persistent, picky. Maybe there were those who worked mainly on defense and that made a trademark. This is why there has been a qualitative leap. For a long time, maybe too long, you have not said ‘that is a team of Zorzi’, as it happened in the past, recognizing its technical footprint: most of the time, you have to ask who is training ‘.

In Nba it happens that the coaches are invited to improve the game in order not to devalue the product. By the way: do you follow overseas events?

‘I look at everything: professionals, colleges, what television offers.’

How do you see this increasingly numerous migration of our young people to American universities?

‘It is a positive fact, even if ships full of players do not leave: the talents that go to the US are few. Unfortunately so far I have not seen athletes who, after high school, have made great progress, or who, returning home, have become leaders in the championship. Those who take that road better go to a small college where they have the opportunity to play, possibly under great coaches: in my day people like Carnesecca and Ramsay were real masters’.

In the third millennium, apart from an initial blaze, we saw the National team die out: how do you explain it?

‘The reason is: we don’t produce good international players. Or rather, we have few: those who sit on the blue bench find it difficult to cover all the roles. To win something you need talent, because there are no broccoli around. Great stimuli are also needed: a player must want to win with the blue shirt, not just dress it to make a resume. It would help the whole environment: when we won medals with my national team, it was a shock for the entire Italian movement. “

Gamba, if for one day he had the power to change Italian basketball, what move would he make?

‘I speak as a coach: I would do everything to improve the players. In recent years I have not noticed much progress: in the preparation of the athletes, and consequently in the championship, nothing happens again. As an expert, it strikes me that you always play in the same way: I no longer see one on one, I don’t even see defending like Meneghin, even if Dino was unique. It also affects the technical choice of foreigners: today many strangers of modest value arrive when instead we would need those who really move, as they once said. With their class they were also the models to grow the new generations, already in looking at them the young people improved. Instead there are players who make mistakes and, after two months, they repeat them: and this, honestly, is not a good sign. “