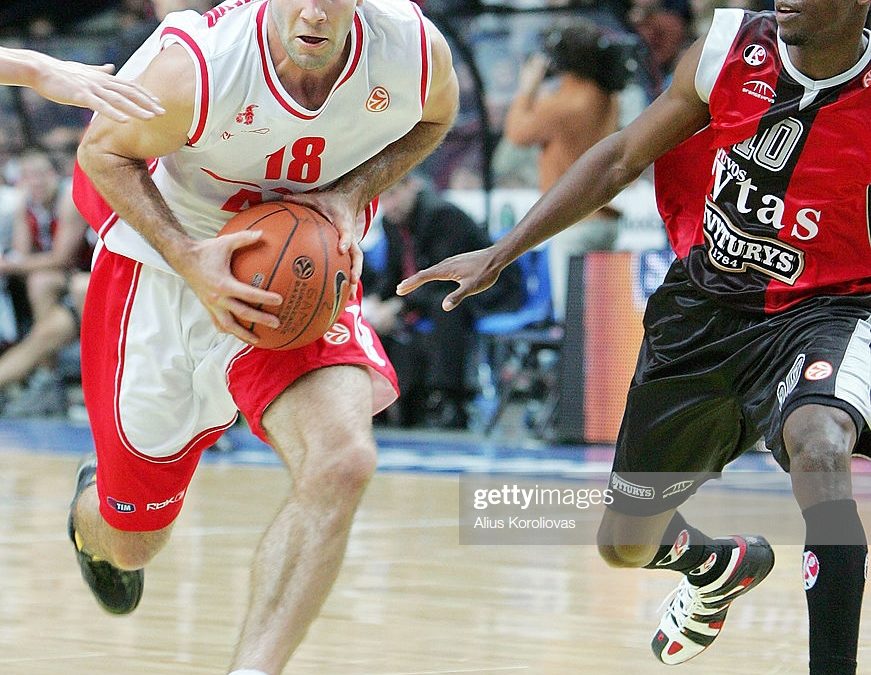 What’s doing Tony Giovacchini right now?
“I am currently still connected to both basketball and Italy. I am the American partner of a company in Torino called Delos. They produce a system that analyzes and trains proprioceptive control. It’s a system I was introduced to while playing in Cantu’ and used it to great personal benefit. Upon finishing my playing career, I saw the value the system and methodology could bring to the USA and I partnered with the company. We currently work with 16 NBA teams and a number of colleges as well. For me, it’s very gratifying to continue my connection with both Italy and basketball.”

Can you give us your impressions, living close to the NBA and NCAA “Basketball sistem?”
“My impressions of the NBA are those of constant amazement at the athletic gifts of the athletes. Seeing up close what these players are physically capable of on a daily basis is incredible. However, I’m more interested in the strategy behind team play and how teams to prepare for each other’s strengths and to attack their weaknesses. I watch trends closely and as pace of play has increased in the NBA and more 3 point attempts are happening every night, what are the consequences? Are the players more at risk for injury due to the faster pace, more possessions, more transition, etc.? How can teams who don’t have personnel to play this style of basketball compete? It’s always fun to continue to watch and learn.”

What do you remember about your European experience like a player?
“I have fond memories of my European player experience. I was fortunate enough to play for many different teams and thus experience life in different cities and with different teammates. Having an authentic life experience in many different regions of Italy is something my wife and I remember on a weekly basis. I also remember the passion of everyone involved. From the people involved in all the daily operations of the team, to how closely the fans followed each team, showed how much the game meant to everyone.”

What are the biggest difficulties that you have faced in a foreign country?
“The biggest challenges I faced in a foreign country evolved from year to year. In my first year, I was 22 years old and played in Avellino. At this point in time, I did not speak Italian, so the biggest challenge was the language barrier. The other challenges became how to live a daily life so far away from family and friends. I hate to admit this, but we were just at the beginning of DSL/ADSL internet speeds at this time (2002). So, I couldn’t simply FaceTime home! However, this was a blessing also, as it forced me into personal interactions and to establish real relationships in the community. This was the reason I learned the language quickly and forged real friendships with the new people around me.”

How long did it take to adjust to a different style of play?
“The playing style adjustment was also difficult. I remember in my first 2-3 seasons, concepts were being taught that seemed to be the complete opposite of what I had been taught in the USA growing up. The most challenging was the difference in the traveling rule. Next, came a few defensive concepts and offensive spacing and ball movement. What I find interesting now, is that even though many of those concepts seemed foreign and incorrect the first times I was exposed to them, I now believe they are much more effective ways to view and play the game.”

What do you think about the NCAA season?
“The NCAA season this year is interesting as it always is. Of course, I’m fascinated by Duke and the potential to have the top 3 picks in the NBA draft all as teammates. But, they are not unbeatable, as already proven. Virginia’s team reminds me very much of the collegiate teams I played on at Stanford based on their style of play and how they never seem to beat themselves. I follow the Pac-12 closely as I work with a few of their teams and played in the conference during my college years. Unfortunately, that conference is having a down season. I sincerely hope they can improve over the coming years and bring Final Four contenders back to the area. I do follow the Big 12 as well. With Kansas always being to conference power, it’s interesting to see who can step up and challenge them in conference. In the past, it’s been a number of different teams, with Baylor, West Virginia, etc. having very competitive teams. Potentially, this could be the year when Texas Tech becomes the most dangerous challenger to them. It’s been fun to see them follow-up on last year’s successful season with potentially an even better one this year.”