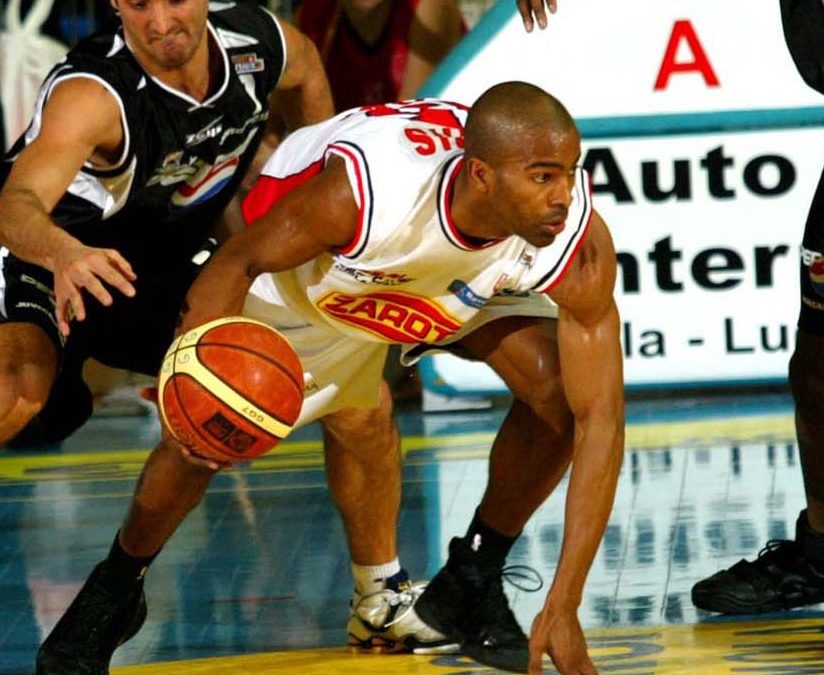 “I’m currently still involved with international basketball in the UK, Asia but in a different capacity, I am currently the head coach at Texas Christian School in Houston TX and we have some really talented young men from all over the world.”

What do you remember about your European experience?
“My experience in Europe was one of the greatest opportunities of my lifetime. It forced me to think outside my “American box” and I was able to grow as a person and a player. I was fortunate to live in a country where the quality of life was emphasized through people’s commitment to family and friendship.”

What are the biggest difficulties that you have faced in a foreign country?
“The only difficulties I faced were probably self inflicted… Initially with trying to do things or problem solve “in an Americanized” manner. The best problem solving (on court) comes when you have everyone “bought in,” and sacrificing for each other. There were situations at times that were not optimal, but as a player, paradise is created when you win and the team does well.”

How long did it take to adjust to a different style of play?
“It takes a while, and it requires you to buy fully in….Italian basketball is in a way like chess…movements, timing and precision. Every now and then there is a foreign talent that can trump that (i.e Lynn Greer, McIntyre and the latest Mike James) but for foreigners, I believe their play has to be inspiring to where they can manipulate their talent but maintain make everyone better as well with their talent.”

How the recruitment among American high schools and colleges have been changed in the last years?
“Recruiting has changed with Coaches and University’s targeting kids at the grassroots level. Here in the states, summer competition provides the greatest exposure to potential student athletes. At some tourneys it is normal to see between 200-250 college coaches in attendance. Players try to play in the events that can provide the most exposure. For high schools, private schools and prep schools are looking to offer a more tailored sports program comparable to what colleges provide.”

What are the pros for a “one and done” athlete?
“The benefits for one and done athletes are that you can get the structure of college for a year, which can mature some young athletes and also afterwards you can learn on the job. The window for an athlete constantly closes, every athlete that can get to the league quicker…..learn and sustain while there, has a chance to change the course of the entire generation of their family.”

What do you think about the upcoming NCAA season?

“I’m very excited for this year’s collegiate season. There are so many interesting storylines with kids that have been hyped over the last few years as well as many kids from our program that have a chance to start the path for their dream. NBA basketball is great but there are too many games and it’s turned into offensive entertainment. The energy, sense of urgency and emotional level put displayed through NCAA basketball is the closest form of the sport still in it’s original, purest form.”